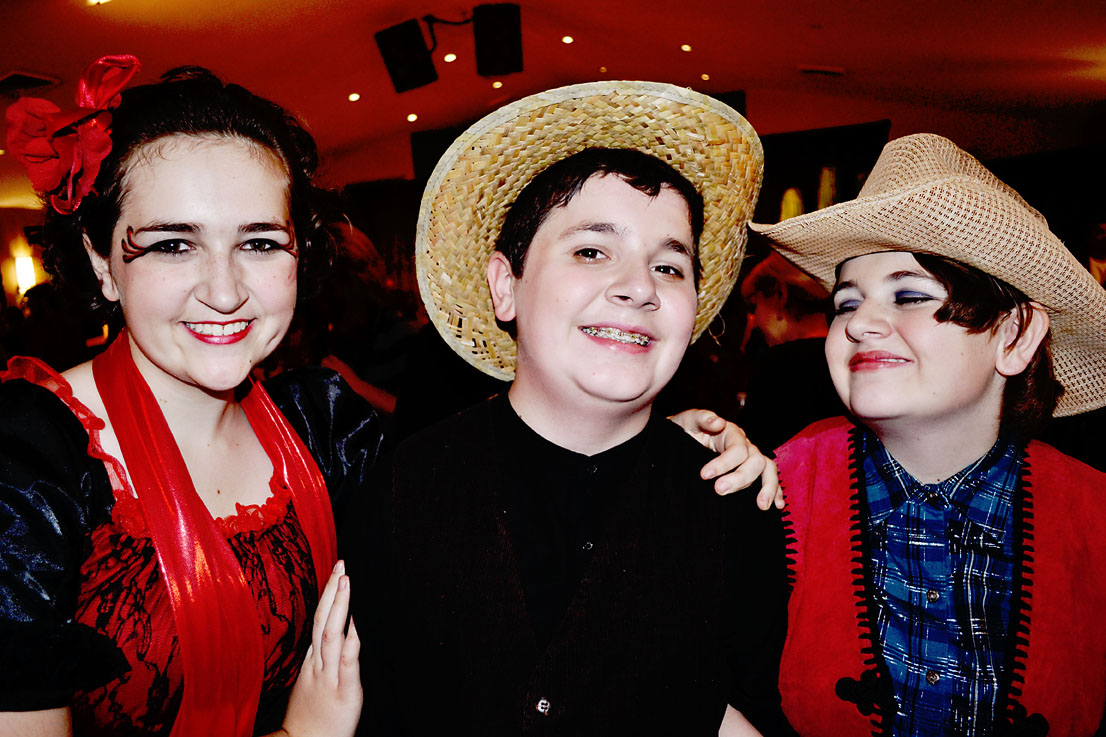 At last, the mad chaos of Tech Week is over, and we can relax.  With 4 hour rehearsals every night and performances Thursday and Saturday nights, plus helping with the other cast’s production on Saturday afternoon, and staying for a little bit of tear-down afterward on Saturday night – followed by 8am arrival at church Sunday morning, plus youth mass for the girls in the afternoon – we were plumb done in by it all.  Thursday night, Jeff and Mom were able to attend, but I didn’t get any photos.  Saturday the East Enders and grandparents were there, and I got a FEW pics.

Most of all I am happy to report that each of my children had a really truly wonderful semester in theater.  Jacob learned a lot about performing in his first show, and I was so proud of his Ebenezer Dorsett, a slow-moving, slow-talking, shrewder than he looks banker, and father to the title character in The Ransom of Emily Jane.  His sword fight was terrific in The Feud of Paradise, TX, and I never dreamed he could dance a jig with such panache till I saw him kicking up his heels to “Cotton Eye Joe” during the hoedown in Cindy Ellen.

Megan showed true professionalism in that, right before the show on Saturday night, she tripped in her big ol’ cowboy boots going up the stairs, and sprained her ankle.  Despite her pain, the injury was invisible as she perambulated arm in arm with the gossipy town ladies as Mrs. Nosey in Ransom, took center stage as the title character in Cindy Ellen (including several magical “quick changes”, galloping around the entire auditorium during a “horse race”, and dancing during the hoedown) and finally performing a flamenco dance in Feud!

Geneva, in what was probably her final performance with MoezArt, won both the laughter and hearts of the audience, first with her Mrs. Chatterly in Ransom, whose facial expressions were simply priceless, and then as the boldest, bossiest little Fairy Godmother in the West in Cindy Ellen. Talk about “gumption”!  You owned it, baby girl.  I couldn’t have been more burst-my-buttons proud.

Calamity, Company, Cuteness and Conviviality: Catching up on February