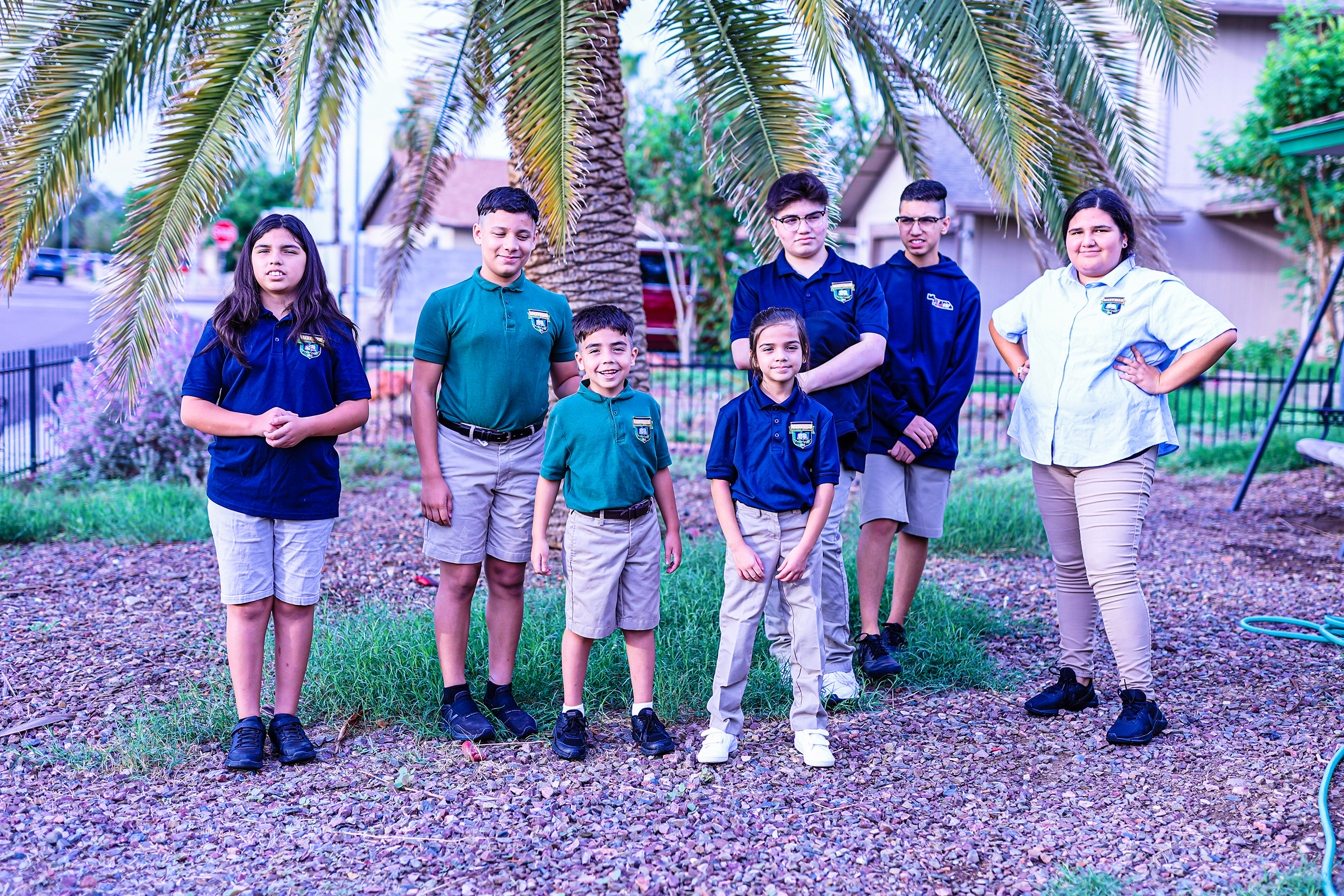 The long awaited day has arrived! Back to school day, 2022. There was much squirrely-ness amongst the troops this morning as they got dressed up in their uniforms, right down to the hated belts (and oh dear, I can already see at least one beltless uniform… sigh). Ruben had grown since I bought his belt but thankfully one of the girls found a bigger one for him that nobody else was using. At a certain point, with this many kids, it stops mattering if one of them outgrows or loses their belt – there are plenty floating around from which to choose a replacement!

They all were expecting the back-to-school-photo-lineup, so at least I didn’t have to fight them on that, but honestly. It is tres difficile to get 7 goofy nuggets to just line up and smile at the camera all at the same time. Here are the best of the 35 shots I took before we bundled into the van and headed for the drop-off.

And speaking of drop off, it went much more smoothly with Li’l Ruben this year than last year. Not to say there wasn’t SOME trepidation on his part, but he got to sit by daddy on the drive over, got a big hug as he got out, and then one of the sweet teachers lovingly whisked him away to walk him to his classroom, so I can only hope that after his first half-day today he will come home convinced that it’s possible to have fun somewhere besides at home with me. He is the biggest sweetheart in the world and I love that he loves to be with me, but I think we’ve got a pretty good school and he’ll thrive there once he adjusts to the new thing.