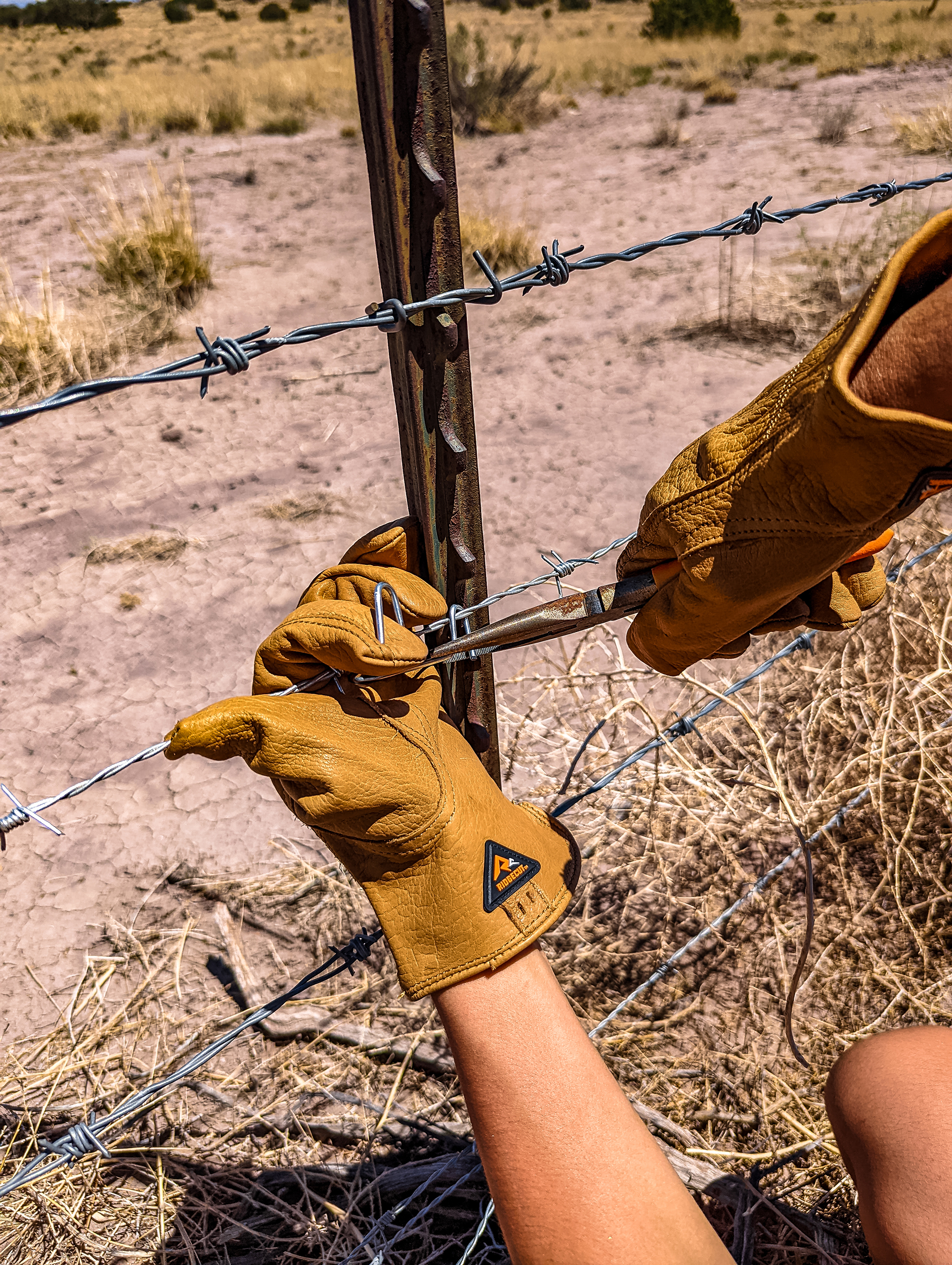 This weekend Paul needed to take a work-trip up to the ranch. There was about a quarter mile of fence that needed to be repaired, and that is no small job. Thus it was that Thursday morning around 8:30 (after he’d started work at 4:30am) he packed up the truck, along with Xavier and Jordan and headed north. And, since he was away all weekend, he got nothing done around the house that needed doing, which means he has no time to do a write up himself. So he shunted all his Pixel 6 Pix off to me, gave me the gist of everything they did, and told me to blog it up. So, as best I can manage, here is what happened up north!

As I mentioned, they left Thursday morning, and arrived in St. Johns around noon. First stop was the grocery store so they could buy food for the weekend. That done, they trekked the 18ish miles out to the ranch.

Immediately upon arrival the trouble started. You see, a while back a family member wanted to spend a few days out at the ranch, so Paul gave her the key to the gate padlock. However, said family member never made it out there, and didn’t want to keep holding on to the key in case we needed it, so she put it in an envelope and mailed it back to us. When the envelope arrived, it was rather light. Evidently, the envelope had ripped and the key had fallen out along the way. And so it was that they pulled up to the gate, padlocked tight as a drum, with no way to get in. Well, no way, that is, except for the trusty hack-saw the Paul had, with great foresight, brought along for just this task.

It turned out to be no small task, but at last they made it through and up the drive to the cabin, where he met with a second problem. When he inserted the key into the lock handle, it wouldn’t budge, nor would it come back out for love nor money. After fighting with it in vain, there was no help for it. Out came the hacksaw once again, and off came the door handle. He was eventually able to get the key out, once the entire mechanism was dismantled. Fortunately there is still a deadbolt on the door, so the cabin is secure, but he will have to buy a new door handle and install it.

After all that nonsense, they got themselves settled in, made a fire, and had some hot dogs and s’mores while watching the sunset.

Early Friday morning, they got up and headed down to the valley to take care of the business for which they came: fixin’ the fence. The boys were a huge help, learned quickly how to fasten the barbed wire nice and tight, and worked hard all morning and into the afternoon. Unsurprisingly, after they’d finished up, they both took a well deserved nap!

Around 5ish, our neighbors Gene and Amy came over and Amy brought a nice pot of spaghetti she had made for the hard working guys. They sat around the fire chatting until around 8:30pm, and were getting ready to go when all of a sudden, through the gate at the bottom of the drive, a herd of cattle came rumbling into the property! Well that certainly caused a ruckus! Paul spent who knows how long trying to chase them out the gate again, to absolutely no avail (on foot, in the dark…), and at last gave up and went to bed, hoping they would get thirsty and find their way out again.

Saturday morning when he went outside, there they all were, still hanging out at the Heidmann hacienda. So once again, he started trying to herd them out. He’d come at them from one direction and they’d run all the way to the far corner, so he’d have to traipse over there and try again. Eventually he figured out a way to trick them and they found their way out the gate, but not without a couple of calves wriggling through the fence and causing some more damage that needed fixing. Fortunately the boys, who by now were quite expert at such repairs, were able to take care of it without any supervision.

Finally rid of those pesky cows, Paul hitched up the water-hauling trailer to his truck and they went into town to refill the water tank. They noodled around in town for a while and then came back, verrrrry slowly along the dirt roads, with their heavy load of water. It took about twice as long as usual to drive out! But they made it without incident and got the water into the tank on the hill above the cabin.

After that they decided to take a hike up to Bald Spot Mountain (that’s just our name for it) – there’s a steep trail that goes up to a pretty high lookout, and halfway up there’s a bald spot – a meadow with a huge rock in the middle – that we have hiked on several occasions. We have pics of our older kids when they were young, up on the rock, as well as on the tip top of the mountain, so it brings back good memories to take our new kids there as well.

The rest of Saturday was uneventful, other than a downpour that chased them inside with their plates during supper. Apparently there was more rain during the night because when they headed out to come home on Sunday morning, they had to drive through some epic mud puddles before they reached the pavement (I suspect all three of them rather enjoyed that part of the trip). This has to be the dirtiest I have ever seen Tom Truck!

And that is that for the Fence Fixing saga. And even with stopping at Grandma’s to pick up Natalie and Ruben, who spent the weekend with her, they still managed to get home and cleaned up in time to make it to the 11am mass. Nicely done!

Breaking in the Hobart