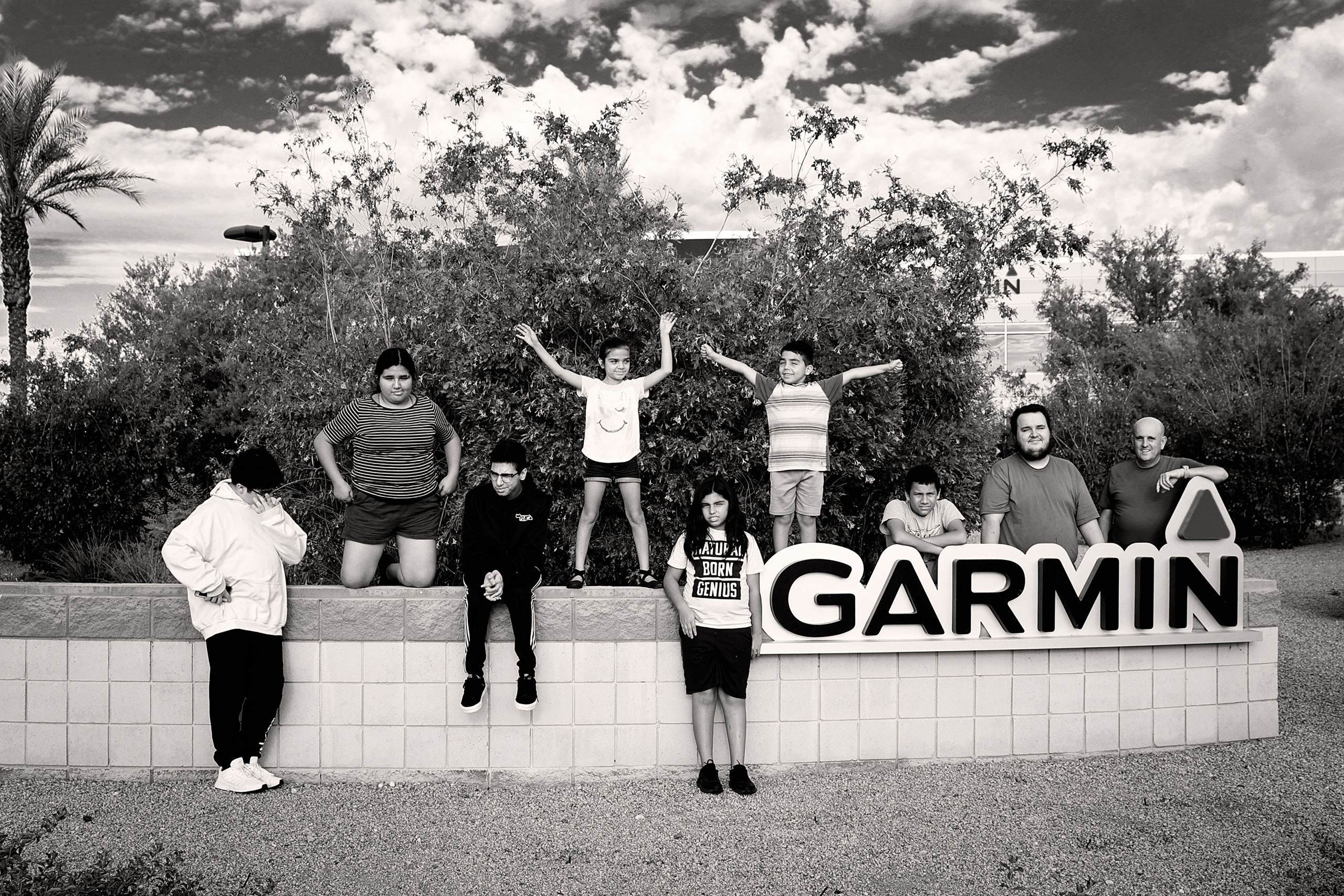 Once upon a time, there was a man who made a plan. “And when you make a plan, you have to stick to the plan,” as we say in our family.

Apparently our plan to get up at 4am, pack up the whole crew and get over to the Scottsdale Waterfront to take some blue hour and sunrise photos was not on God’s agenda. Everything was ticking along famously – we arrived in the neighborhood, parked in the empty Scottsdale Fashion Center parking lot, and all walked happily along, the children running here and there, peering in the windows at the very fancy furnishings, and then, when we were about a half a block from the canal, one wheel of my wheelchair missed the ramp by a couple of inches and crunched down the curb to the gutter. And that was the end of that photo walk. Broken wheel, I was going nowhere.

Paul turned around and retraced our steps back to the van while the kids and I hung out beside the ghostly quiet street next to another empty parking lot and waited. I decided, what the heck, I’m not going to waste this time, even if I’m not at the posh place I intended to go, so out came the camera and I snapped away right where we were. It’s a little weird trying to do street photography when you are stuck in one spot and can’t move around to get different angles, but I liked some of the shots I got anyway.

Since Dad had promised the kids a McDonald’s breakfast after our photos, that was our next stop after loading us all and the broken chair into the van again. We found one in short order, wondered if it was even open as we saw no cars anywhere around, but Paul checked the door and it was open so we piled in there and gave them their first mega order of the day.

On the way out to the van again, I snapped a few more pics in the parking lot of the flora and fauna, then it was off again to our next stop – Paul decided to drive us all over to Garmin just so I could get some shots of him with the kids by the big sign out front.

Finally we went to a nearby park and the kids were able to run around, play in the playground, and I got a few pics of duckies and a dragonfly that persistently buzzed around the surface of the water in the vicinity of the park bench I was occupying. I handed off the camera to Paul and he got some playground pics as well before I finally got too hot to stay any longer – it was practically 7 by then!

So, for a morning that diverged radically from what we originally planned, it turned out remarkably well.