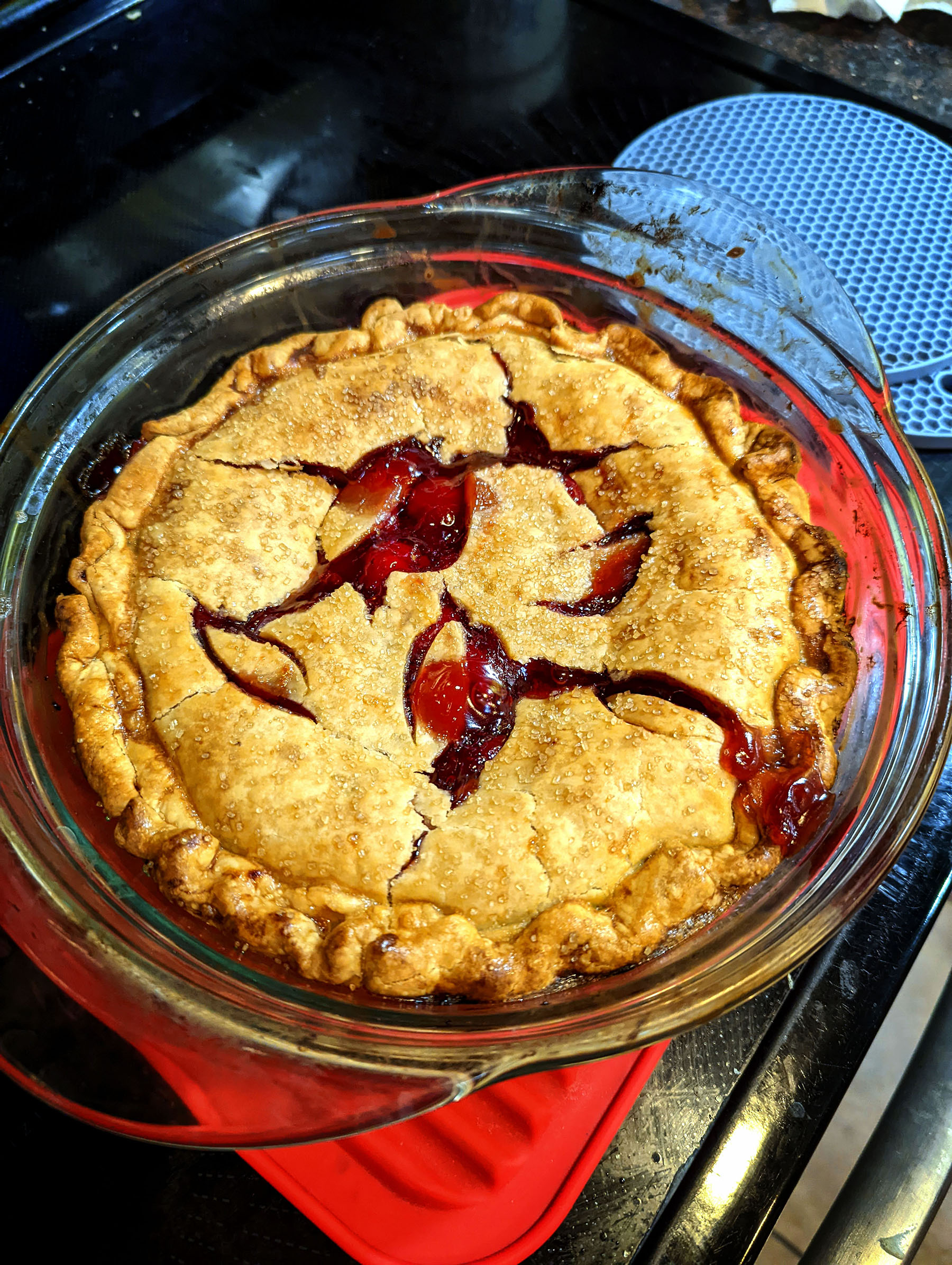 After a full week last week of the four youngest kiddos going to VBS from 8-12 each day, and Natalie as a VBS coach being gone for the entire week (they lock the kids in the Mary Ward House, part of the convent, so they’re having non stop overnighters all week, plus working all day – only the young can have that much fun!), this week was supposed to go back to “normal”. For us, the normal summer schedule is summer school 9-11 and 1-3 each day. However, yesterday was disrupted by three kids having to go to the dentist in the afternoon, and then this morning Jacob had an appointment way up north so that took me out of the loop for the morning session. I left the house uttering stern warnings about at least getting their rooms clean … followed by “If you do, I’ll buy lunch.” So, basically bribery. But hey, it worked.

So when I finally got home shortly after 11, got some food ordered, and we ate our burgers and mini tacos, cleaned the table and got set up again with our books, we did sort of manage an afternoon session, but the kids were wild and wooly today and it was a bit of a botched effort. I gave up at 3 and told Jordan that yes, he could make a cherry pie with the supplies I’d just had delivered from Instacart (have I yet extolled the beauties of Instacart?? My friends, it is my life saver.).

The next hour was more fun than I can even tell you, as Jordan, Xavier, and Natalie attempted to assemble this pie, with an egg wash that turned into an egg bath (“I thought you were supposed to use the whole egg!”), and some very nimble elbow work from Natalie sprinkling that turbinado over the top – followed by some creative use of the leftover pie crust and tiny little discs of white bread, using peanut butter, jelly, and chocolate syrup for fillings. So much laughter!

The pie was a bit soupy since two cans of pie filling were used in a deep pie dish, and the younger two kids couldn’t handle the tart cherries, but they were more than happy to fill up on Reddi Whip!

Anyway, here’s to summer and having no ordinary days. Let’s do it again tomorrow!