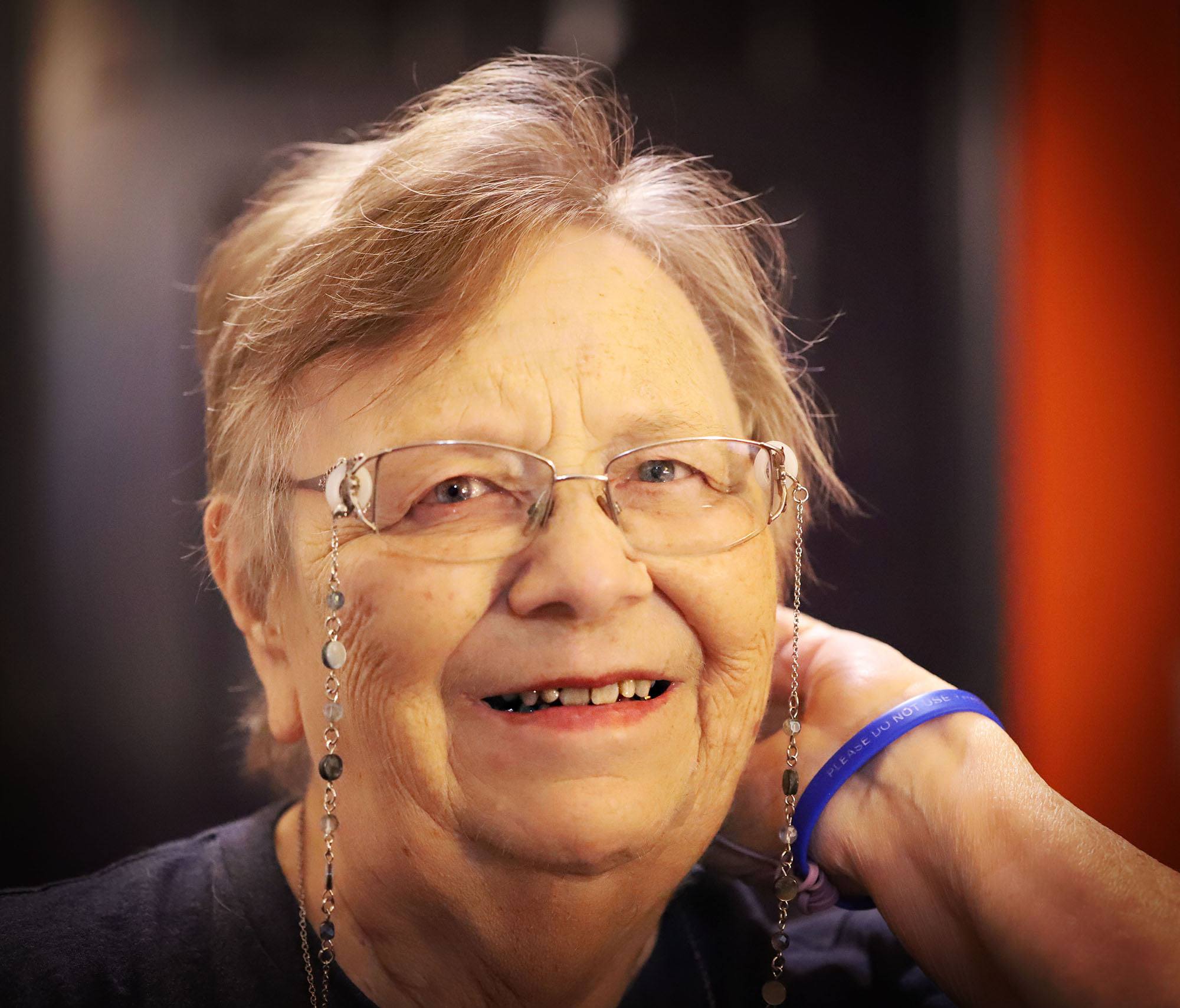 The last month has been so full. Full of God-moments, full of family togetherness, full of memories, old and new.

On September 23rd, mother was taken to the hospital with Covid Pneumonia. It was, as you can imagine, and many of you don’t have to imagine – so painful having her there but unable to visit or really communicate with her. It was so hard with her hearing being so bad, and they weren’t able to get her hearing aids to work right so phone conversations simply wouldn’t work.

But then something happened that could only have been ordained by God himself. I was diagnosed with Covid Pneumonia as well, and sent to the very floor where mother was being cared for.

When I told the nurses my mother was there and asked where she was, they got me moved into her room as soon as they were able, and that’s where I was when Paul and Jeff were able to bring a priest up to the room, who gave us both the anointing of the sick and mother the apostolic absolution. We were so thankful he was able to come – they said it was very unusual for a priest to be allowed to visit in person!

It wasn’t long – the days are blurred – till the Doctor told me that mother was “actively dying” – such agonizing words to hear. At that point I had to officially tell the hospital that she had specified no extraordinary measures to prevent death, and so began my last vigil. The nurses kept mother comfortable and free of anxiety, and I waited beside her, our beds pushed together, praying, speaking words of comfort, playing music through my phone, and holding her precious hand, until finally on the evening of October 2nd, my dearest mother breathed her last in this life, and went home to Jesus.

I was released two days later after 6 days in the hospital, and though very weak, was so thankful to be home with my family to continue recovery and prepare for mother’s funeral.

My brother Doug and his wife Sarah and the youngest five of their children were all able to come down for nearly a week, and it was the best thing in the world. Our kids had only met the oldest two, Emily and Abigail, so they got to meet their younger cousins and spend some quality time playing video games, jumping on the trampoline, running around like hooligans, swimming – just great cousin bonding time.

I didn’t get enough pictures – I was still awfully weak – but I did bring my camera to the funeral home for the viewing on Friday night, and captured some lovely moments and family pics.

On Saturday, October 16th, we were very blessed to be able to hold mother’s traditional Latin Requiem Mass at Mater Misericordiae Roman Catholic Church, a parish belonging to the Priestly Fraternity of St. Peter (FSSP). It was the church she had faithfully attended for the last couple of years, along with Jeff and Jacob, and it was particularly meaningful that Jeff and I were able to sit in the pew she always occupied, directly below the pulpit.

The music (Casciolini Missa Brevis), sung by a 14 member men’s schola, and led by their very talented music director and organist, Patrick Williams, was absolutely breathtaking.

Here is the schola from Mater in a recording from January, 2019:

Here is the order in which it was sung at mother’s funeral:

The communion anthem was Panis Angelicus, also by Casciolini:

Jeff, Doug and I all agreed that our mother’s funeral could not have been a more appropriate finale to a life lived so well, and so faithfully in following her beloved Lord and Savior.

I’m so very grateful to my brother in law, Jon, for honoring us by taking photos at the funeral and dinner afterwards. What beautiful memories to keep! (These may also be viewed at this link.)

There is so much I could say about my mother and the life she lived! She was a lifelong musician. Mother sang in choirs from Prairie Bible College to the Vancouver Bach Choir, as well as countless duos, trios and quartets, performing across Canada and the U.S.; she composed original songs and arranged music for all sorts of string and vocal ensembles, including our family band of three cellos and a viola and of course for our family to sing together; she was an outstanding organ and piano accompanist for congregations, soloists and ensembles; she played the organ, piano, accordion and cello. She taught piano to countless students, including the most stubborn of all, myself. She played cello in the Fargo-Moorhead Symphony for over 2 decades. She taught Sunday school, was a pastor’s wife with all that entails; she worked at Elim and Eventide nursing homes as Director of Activities, and particularly excelled at bringing music into the lives of the residents.

She taught her children by the example of her generosity of spirit, as we watched her care for her father in our home the last 10 years of his life. Oh how much I learned from her daily life of sacrifice. And oh how much I learned from her suffering at the end, in which she found meaning through the gift of intercessory prayer, day and night, for all her loved ones and beyond.

I can’t begin to tell you everything she meant to me as her daughter, my husband Paul and our children, Laurent, Megan, Geneva, Jacob, Natalie, Xavier, Jordan, Efrain, Alyssa, Elyany, and Ruben, and her great grandson, Patrick; and to her sons, Jeffrey and Douglas, Doug’s wife Sarah, and their children, Catherine, Alicia, Timothy, Emily, Abigail, Jack, Margaret, and Joseph, and her great grandchildren, Liam, Reagan, Elias, and Juniper. She leaves a giant hole in our lives, yet we are not without hope.

7 I have fought the good fight, I have finished the race, I have kept the faith. 8 Henceforth there is laid up for me the crown of righteousness, which the Lord, the righteous judge, will award to me on that Day, and not only to me but also to all who have loved his appearing. 2 Timothy 4:7-8

Until the day we are reunited in the beatific vision, may we follow in her holy footsteps.

Feast of the Conversion of St. Paul the Apostle