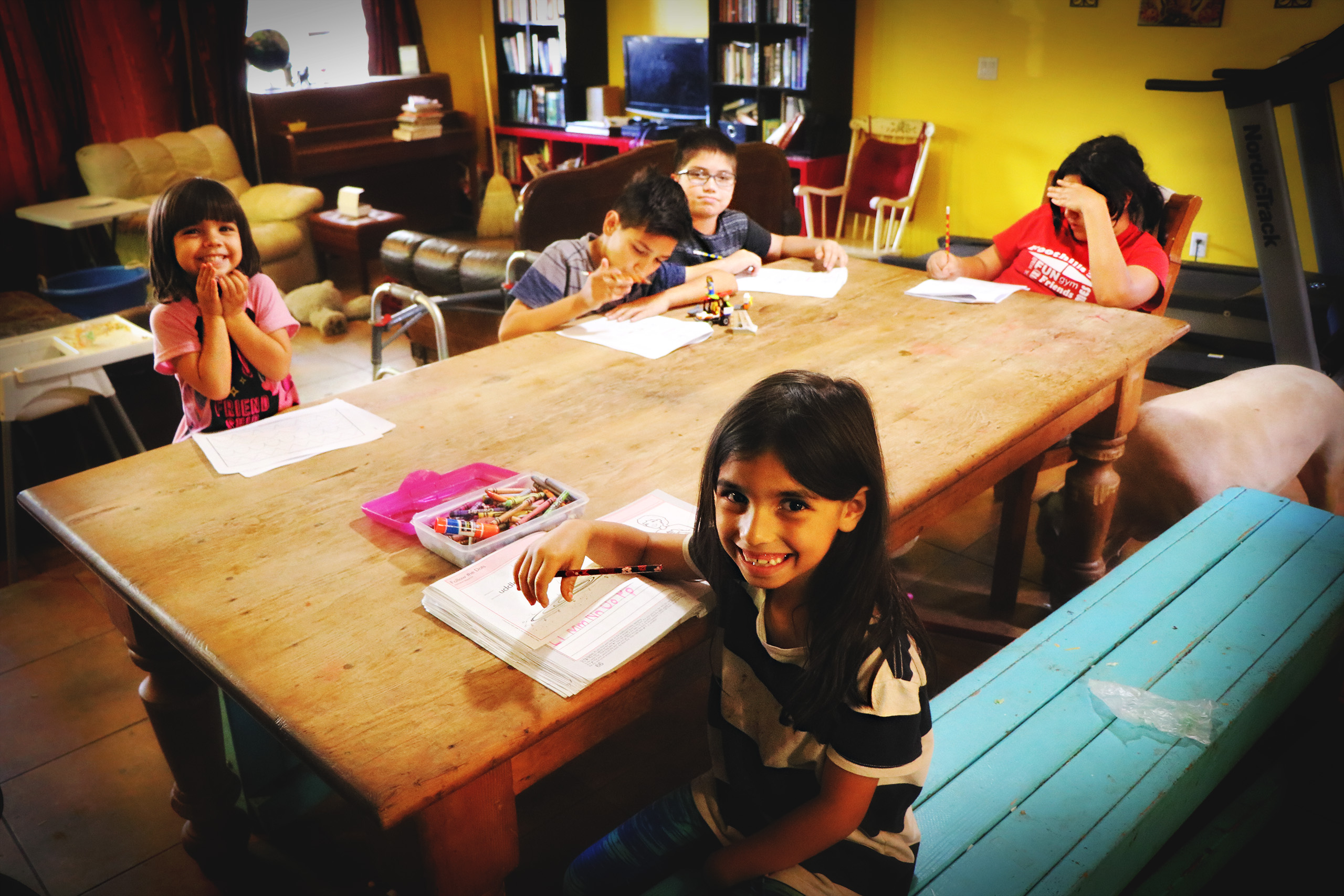 We gathered the kids in the living room after everyone got home from school. I had told them there was something really awesome to celebrate, but I wanted to wait until Dad got home so he could be the one to tell them.

When everyone had quieted down (and in our bunch, that takes some doing!), he began, “The first thing you need to know is this: I will always, always, fight for you.”

He then went on to explain that many months ago he began a battle for his kids, and today, he finally won.

The battle was against a thoroughly incompetent and intractable school system that refused to cooperate with our IEP requests (going so far as to flat out deny diagnoses from multiple doctors), taking kids that started out behind, failing to help them catch up and then socially promoting them, landing them even further behind by the end of their second year in this school, and finally, threatening us with truancy court for absences that were wholly due to court-mandated therapies, counseling, and in Jordan’s case, a severe injury. When it finally got to the point where they wouldn’t even cooperate when DCS got involved to explain the situation, we requested again, as we had done before to no avail, that DCS allow us to home school the kids.

And this time, praised be God forever, they said YES!

While we had hoped for this, asked for it repeatedly, prayed for it, it was an utter and complete shock when the email arrived. I had fully resigned myself to having to wait until after the adoption to make the kind of educational plan for my kids that I knew they needed. And that meant nothing would happen this school year for certain. That gave me time to plan and assess where everyone was and what would be the best curriculum to start with…. except that in the blink of an eye, I was handed carte blanche, and told by my beloved warrior, my knight in shining armor, to buy whatever I need, expedite shipping, and get started immediately.

As you can imagine, the kids reaction was a roller coaster ride of ecstatic delight (at getting to stay home), followed by despair and rage (when they thought they weren’t going to be able to get their things from the school or say farewell), and back again. By the time they went to bed, all were settled into the idea of this change, and ready to find out what being home-schooled would be like. 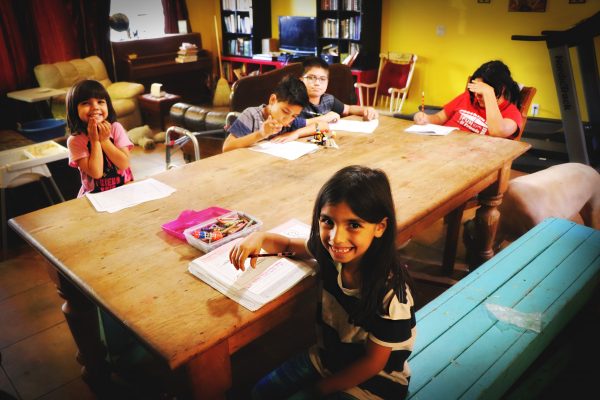 Today was a day of adjustments. In the midst of finding, printing out, administering and grading assessments to the older three, I also needed to field constant badgering from my high-strung four-year-old who, seeing that everyone else was doing school, not only refused to be left out, but demanded as much of my attention as she possibly could for her pre-writing exercises. And not to be forgotten was Ruben, who at 20 months will happily pull the house down around our ears if someone is not constantly diverting him from disaster. It was almost comical how low-maintenance Alyssa was. She found an old workbook she had started last summer and just settled down working on it on her own, and finished the book by the end of the day. She’s amazing.

Talk about going from 0-60mph!! I’m dazed and breathless and glad I have a weekend ahead to process and prepare myself. I’m crazy to be attempting this at my age, I know. But it’s absolutely, without a doubt or question in my mind and heart, the very best thing for these children. And nothing could bring more crystal clarity to my mission than the miracle of how this came about. I am brought to my knees with gratitude to see God’s hand guiding and caring for his kids. Soon, our kids.